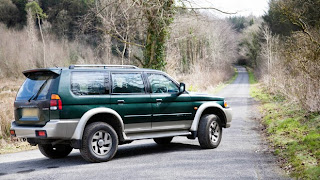 It is understood the suspicious object was discovered abandoned along the Clogh Road in Rosslea, following a telephone bomb warning in the early hours of Wednesday.

Security forces have been at the scene since around 1am.

A number of nearby homes were evacuated overnight and the road has been closed to traffic.
Local MLA Tom Elliott told UTV the device was found near a church.

"It's up near Clogh church, a Church of Ireland right on the border with the Irish Republic, and I'm told there has been an object located close to that area," the UUP politician said.

"It's causing significant disruption for people living in that area and I know some people have already been moved out of their homes. It's totally unfortunate that these people are made victims just because some people don't want our communities living together."

The alert comes after a beer keg containing 60kg of explosives was discovered in an abandoned car in the Derrylin Road area of Fermanagh last Friday.

Dissident republican group Óglaigh na hÉireann claimed responsibility for that device, which they said was destined for the Lough Erne hotel due to host the G8 summit this summer.

A statement from the PSNI said: "Police are continuing to deal with a security alert in the Clogh Road area of Rosslea following the discovery of a suspicious object in the area.

"Two homes have been evacuated. There are no further details at this stage."
at 6:39 AM
Email ThisBlogThis!Share to TwitterShare to FacebookShare to Pinterest