The Secretary of State for Northern Ireland has said those taking part in the planned "Love Ulster" parade in Dublin next month, should respect the feelings and sensitivities of the people who live in the areas in which they are parading. 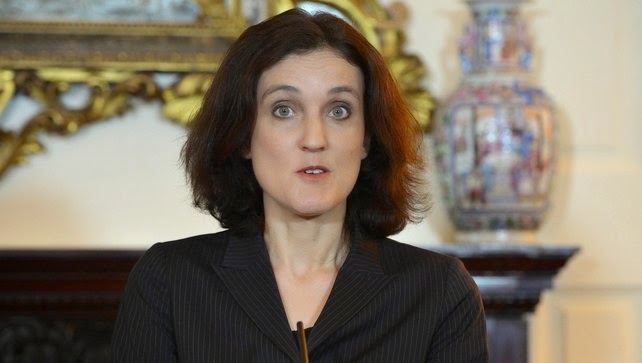 Speaking in Dublin ahead of a meeting with Minister for Foreign Affairs Charlie Flanagan, Theresa Villiers said any such march needed to be peaceful and lawful.

Ms Villiers is in Dublin to discuss the Stormont House Agreement, which she described as a big step forward.

She said it has resolved some very important budget questions, while making real progress in relation to flags, parades and the past.

She acknowledged that there is a lot to do to fully implement it but said the British government were working faithfully to do that.

Ms Villiers also said that she would be engaging with any new owners of Aer Lingus about the importance of the Heathrow slots.

She said she would make the case for retention of flights from Belfast to Heathrow, Dublin to Heathrow and other regional connections because of they are strategically very important.

Asked about the consequences for Northern Ireland if her party is re-elected and proceeds with plans to hold a referendum on EU membership, Ms Villiers said she would not speculate on the outcome of that ballot.

But she said she was confident that British Prime Minister David Cameron would get a revised deal that would bring reform.