Michael McKevitt (65) has spent the past number of weeks on temporary release at his home in Blackrock, Co Louth. 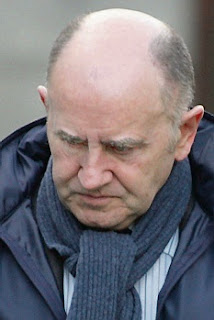 However, he has now been formally released after his sentence expired on Sunday.

McKevitt was released from Portlaoise Prison where he served his sentence for directing terrorism and was also convicted of membership of an illegal organisation after being convicted in the Special Criminal Court in August 2003.

McKevitt, who has cancer, was one of four men found liable for the Omagh bombing in a civil action at Belfast High Court taken by relatives of the dead.

The Real IRA bomb killed 29 people and unborn twins on August 15, 1998.
In a statement to the media, McKevitt denied having anything to do the atrocity.

“I had no involvement in the bombing whatsoever. I was stitched-up from the outset,” he said.

“Within days of the bombing, I said that I had no hand, act or part in the bombing and that remains my position.”

He added that the British presence in Ireland is “illegitimate”.