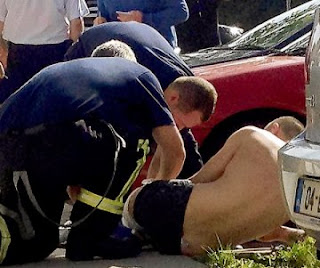 
Latest news: 9.45am/6/9/2012: THERE will be a massive armed garda presence for the paramilitary funeral of Real IRA terror boss Alan Ryan which will take place in his native Donaghmede in north Dublin on Saturday.

The body of murder victim Ryan (32) is expected to be released to his family tomorrow morning for a wake in his family home at Grange Abbey Drive.

Ryan will be buried after a 10am funeral mass at the Holy Trinity Church in Donaghmede.
Leading dissident Republicans from both sides of the border are expected to attend the event which will be closely watched by members of the garda Special Detective Unit.

A source said: “This will be the biggest IRA funeral in the Republic for many years Tensions are very high at the moment and there is a very real expectation that there will be revenge attacks in the days after Ryan's funeral.”

Yesterday hooded men placed Tricolours and black flags on the lamp-posts all around Grange Abbey.

At the home of the terror boss, a massive Tricolour flies from an upstairs window of the house, while another Tricolour and a black flag hanging on a pole outside.


At nearby Grange Lodge Avenue, where Ryan was gunned down on Monday, a large slogan saying Alan Ryan RIP IRA has been painted on a wall.

In a statement, the Dublin branch of the 32 County Sovereignty Movement said: “Alan was black and white, straight to the point and never silent within the republican movement when problems arose.

“Alan was not afraid of dying or even being murdered by either the Brits, the freestaters or the cowardly scum that took him away from us.

“His only fear was that he would die in vain, let us stand together and make sure that he does not, let us move forward and fight on for what Alan stood for every living moment of his life.”

Latest News: 10pm/4/9/2012: A Provisional IRA hit-man for hire is a key suspect in the murder of Alan Ryan, a senior member of Sinn Fein in Dublin has today been briefing journalists off-the-record that Alan Ryan was making money from drug dealing and racketeering and in effect excusing his murder. Continuity IRA had put a contract out on the two Ryan brothers.


A MAN shot dead in a gangland style attack was regarded by gardaí as a leading member of one of the most dangerous crime gangs in the State and was also a member of the so-called Real IRA. Continuity IRA had put out a contract on Alan Ryan and his brother for their alleged role in the murder of a Continuity IRA member. 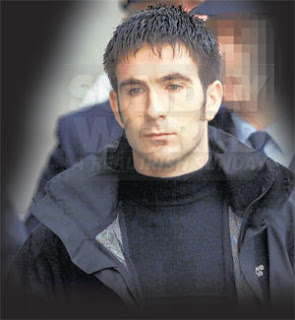