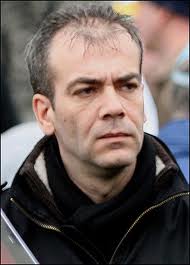 A man is recovering in hospital after being shot and wounded in what gardaí believe is an internal feud within the dissident republican movement.

The injured man was a close associate of Alan Ryan, the leader of the Real IRA in Dublin who was shot dead last September near his home on Donaghmede, north Dublin.

Gardaí believe many of Ryan’s former associates are now being targeted after the leadership of the dissident republican movement in the north questioned their commitment to terrorism ahead of for-profit criminal activity.

The latest victim of that purge was wounded at around 11pm on Saturday during a gun attack at a house at Russell Terrace, Kettles Lane, Kinsealy, north Dublin. The victim, a 27-year-old from Tallaght in west Dublin, was visiting is girlfriend when attacked.

His injuries are not life threatening and he was taken to Beaumont Hospital, where he was still undergoing medical treatment last night.

The injured man had just been released from prison. He was convicted of possession of a firearm in an usual incident where he and another man claimed they were about to save a woman from her ex partner.

They were caught in north Dublin in 2009 - with a firearm and were wearing balaclavas and rubber gloves - before they had a chance to attack the man.

In the period since the murder of Alan Ryan a new alliance of dissident organisations called the New IRA has emerged and has attacked a number of Real IRA members in the Republic, murdering one man and knee capping and wounding others.

The murdered man was Peter Butterly (35) from Dunleer, Co Louth. A suspected terrorist, he was shot dead in an ambush outside the Huntsman Inn, Gormanstown, Co Meath, in March.

Meanwhile raids in South Armagh continued as the PSNI target The Real IRA in that area.
at 10:57 AM
Email ThisBlogThis!Share to TwitterShare to FacebookShare to Pinterest