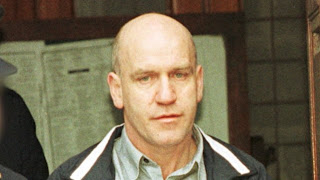 Larry Keane death: A murder investigation has been launched after a 56-year-old man died in hospital following an attack last night in Athy, Co Kildare.

Larry Keane was attacked and seriously injured in a laneway in Athy at around midnight.

Gardaí were called to the scene and performed CPR before Mr Keane was taken to Naas General hospital.

The 56-year-old died there at 5am this morning.
The area between the Greenhills estate and St John’s Lane has been sealed off for a technical examination.

A garda search team began a search of the area this afternoon.

Inspector John Ferris from the Garda Press office appealed for information. He asked anyone who was in the vicinity of the laneway last night to contact Athy Garda station on 056-8634210.
at 12:53 PM
Email ThisBlogThis!Share to TwitterShare to FacebookShare to Pinterest