The former Belfast commander of the hardline anti-peace process paramilitary group, the Continuity IRA, has been shot dead in the city.

Tommy Crossan, 44, was killed near the Peter Pan light industrial complex on Springfield Road in Belfast at around 4.45pm on Friday.


Martin McGuinness said of the shooting: “The people behind this murder are criminals, drug dealers and informers and will further no cause through this cowardly act. Whoever carried out this act has nothing to offer the community and have no role to play in our future they should be shunned and handed over to the PSNI.”

The murdered man, who comes from the west of the city, served six years in Maghaberry top security prison a decade ago for a CIRA gun attack on a police station in Belfast. 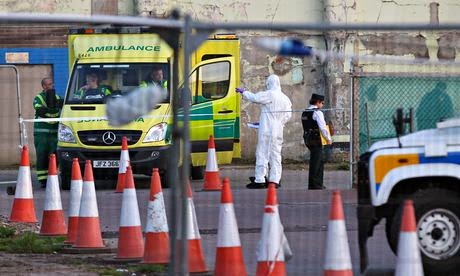 Local nationalist SDLP councillor Colin Keenan, who lives near the scene of the shooting, condemned those behind the murder.

"I was on the scene shortly after this tragic event and I extend my heartfelt sympathy to the victim's family. We have long hoped that the shadow of death had been lifted from west Belfast. Today's event is a terrible, tragic reminder of the violent conflict of the past," Keenan said.

Details about the murder are still sketchy but it comes at a time of rising tensions among dissident republicans who are embroiled in a violent internal power struggle.

Last week a former CIRA killer, Declan "Fat Deccy" Smith, was buried in his native Belfast after being assassinated outside a Dublin creche at the end of March. 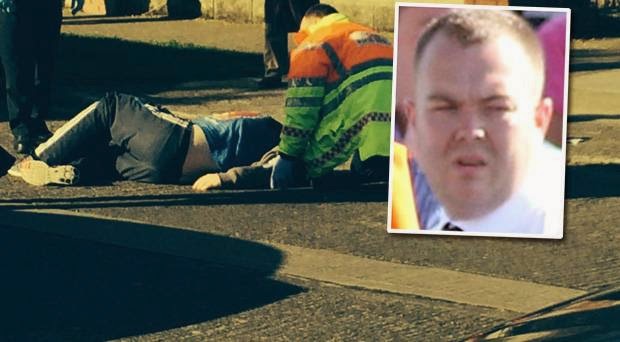 Smith had been blamed for the double killing of two rival republican dissidents, Eddie Burns and Joseph Jones, who were murdered in 2007 in Belfast. Jones had been tortured and beaten to death with a spade over a dispute about the seizure of weapons and the control over the republican faction.

In a statement from the Continuity IRA's leadership on Friday, the terror group singled out a number of former members whom they accused of "criminal activity perpetrated in the name of the republican movement".

Referring to an attempted coup four years ago against the CIRA command, the organisation said: "The treachery of 2010 was a carefully planned attempt to arrest and destroy the republican movement as it exists today in the continuing defence of the Irish Republic proclaimed at the GPO Dublin in 1916. These people have failed and the criminal conspirators they have left in their wake shall dissipate."

And in a warning to its rivals, the paramilitary organisation added: "There will be other attempts to raise issues of contention ranging across diverse matters, for example principles, structures, authority, democracy, discipline and many others into the future. That said nobody is going to put the republican movement in their pocket and walk away to self-serve, for in doing so they will be turning away from the principles which sustain this movement and which are the ultimate guarantee of our success."

In 2000 Crossan was serving 10 years for conspiracy to murder RUC officers following a gun attack on a police station in west Belfast in 1998. He led a prison protest for political status in Maghaberry and at one stage spent 23 hours a day locked in his cell as punishment for refusing to do prison work.

In an interview Crossan was defiant about "armed struggle" continuing despite rising support for Sinn Féin and the peace process.

He said: "I am confident that the armed struggle will go on outside here and that, sadly, will mean more of my comrades being jailed and sent into this place. The bigger we get, the harder it will be for the authorities to treat us as criminals."

The CIRA was formed after splits in Republican Sinn Féin (RSF) in 1986. However, it was mainstream Sinn Féin's decision to sign up to non-violence principles during all-party talks in the run up to the 1998 Good Friday Agreement that finally prompted Crossan to leave the Provisional IRA.

In a bitter attack on Sinn Féin, Crossan told the Observer: "Bobby Sands [the IRA hunger striker and MP] is one of my great heroes … I was 10 when he died, that's when I became interested in republicanism but everything he fought for has been sold out. Prisoners like him died for political status, and now it's being taken away from republicans at a time Sinn Féin are doing something they vowed they would never do – sit in a Stormont government."

There are at least two factions within the CIRA: the mainstream organisation loyal to its Dublin leadership, whose main base remains around North Armagh, and a rival faction started by disgruntled republicans from Limerick with a few members in Belfast which has been in violent dispute with the main group.

The CIRA is the most hardline of the armed groups opposed to the Northern Ireland peace process. It was responsible for the 2009 murder of Constable Stephen Carroll in Craigavon. He was the first officer of the Police Service of Northern Ireland to be killed by republican paramilitaries.

Members of the security forces have been on high alert for attacks by various extremist factions who have also killed two soldiers and a prison officer.

In recent weeks they have stepped up efforts to kill police officers, with several attacks on the force in west Belfast.

After the murder of prison officer David Black on the M1 motorway in November 2012, police mounted an unprecedented surveillance operation against various factions as well making significant arrests.