President Higgins will be accompanied by His Royal Highness Prince Edward, the Duke of Kent, for the unveiling of a war memorial Cross of Sacrifice at Glasnevin Cemetery in Dublin next Thursday. 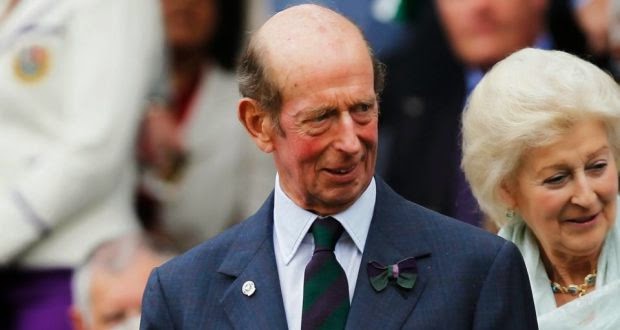 The erecting of the cross marks a further step in the normalising of Ireland’s acknowledgement of her war dead. The Republic is the only country in the world not to have a Cross of Sacrifice in cemeteries containing the bodies of 40 or more military personnel who died while serving with British or other Commonwealth forces during the first or second World Wars.

The ceremony, which begins at 12.30 and is open to the public, will be attended by Heather Humphreys, Minster for Arts, Heritage and the Gaeltacht; Theresa Villiers, the Secretary of State for Northern Ireland; Dominick Chilcott, the British Ambassador to Ireland; John Green, chairman of the Glasnevin Trust; and its chief executive, George McCullough.

Present also will be a colour party from both the Defence Forces and the British Armed Forces.
The erecting of a Cross of Sacrifice is a joint project between the Trust and the Commonwealth War Graves Commission, of which Prince Edward is president. The seven meter tall cross is made of blue limestone from Threecastles Quarry in Co Kilkenny and has been made by McKeon Stone of Stradbally in Co Laois.

It follows precisely the design set by Sir Reginald Blomfield (1856-1942), the British architect who created the template cross for the War Graves Commission after the first World War. The stone cross stands on an octagonal platform and has a bronze sword mounted on its face, blade pointing down.

It has been erected at Glasnevin’s ceremonial plaza, close to two screen walls on which are carved the names of Irish people who died in both world wars while serving in British or Allied forces, and close also to the graves of renowned figures of Irish nationalism, Charles Steward Parnell, Michael Collins and Eamon de Valera.

Hundreds of Blomfield design crosses have been erected around the world but not in the south of Ireland.

Edward Madigan, lecturer in public history and first World War studies at the University of London who proposed the installation of the Glasnevin cross while Resident Historian at the CWGC and then led talks with the Irish Government and the Trust, said the south never got a Cross of Sacrifice after the first War because “the installation of Crosses of Sacrifice was unwelcome in the political and cultural climate of the 1920s in what was then the Irish Free State”.

That antipathy has now all but disappeared.

“We are very proud to have this cross here as part of our long association with the Commonwealth War Grace Commission and as a consequence of both the nationalist and unionist traditions in Ireland realising that all of those men who died in the first World War died together and for the same reason,” Mr McCullough said yesterday.

The CWGC maintains directly the graves of 1.7 million servicemen and women who died in both world wars at 23,000 locations in 153 countries and on all continents except Antarctica. In the Republic, some 3,000 Commonwealth war dead are buried at 670 locations, with graves in many instances maintained in partnership between the Commission and the Office of Public Works.

Some 210,000 Irish men and women served in the British Army during the first World War, with thousands more serving in allied forces, particularly Canadian and Australian. Up to 50,000 are believed to have died but the precise number is not known. About 100,000 served in British and Allied forces during the second World War and about 10,000 were killed.

The Cross of Sacrifice is intended as a monument to them all.
at 10:57 AM
Email ThisBlogThis!Share to TwitterShare to FacebookShare to Pinterest