Kevin Meehan below is a Fantasist who has posted on the internet about 'pedophiles', yet he has failed to post on the crimes of Briege Meehan, too close for comfort I suppose?

The sentencing of a former Sinn Féin Councillor who pleaded guilty to child cruelty charges has been adjourned until Friday. 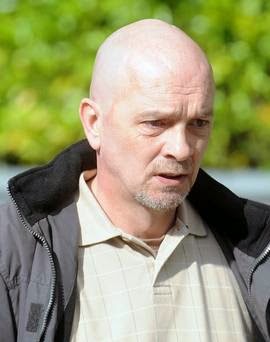 Opening the prosecution case, QC Frank O'Donoghue recounted how Briege Meehan, 65, carried out a number of acts of cruelty against stepdaughter Mary Meehan over a 15-month period.

Between 14 July 14 1979 and October the following year, he told the court Meehan hit the youngster on the head with a glass baby's bottle, forced her to smoke numerous cigarettes as a punishment and also to sleep in her urine-soaked bed.

Last month before her trial began Meehan, from Elmfield Street and the widow of the IRA's former north Belfast commander Martin Meehan, pleaded guilty to charges of assault and cruelty towards her stepdaughter Mary when she was ten years old.

She had also been charged with seven charges of sexually abusing her stepdaughter but those were "left on the books" after she pleaded guilty to charges on an amended indictment.

At the time of the offences, the court heard, Martin Meehan was either in custody or on the run leaving Briege Meehan, who was eight months pregnant at the time, to look after his three children.

Mr O'Donoghue said the first count of assault related to an incident when Mary was tidying up a unit but was not doing it quickly enough so her stepmother hit her over the head with a glass baby bottle, knocking her unconscious.

The lawyer recounted Mary's statement in court where she described being "covered in blood" and "screaming" in panic.

Mr O'Donoghue said Mary was at one time caught smoking so by way of punishment or deterrence, Briege Meehan forced the child to smoke an unknown number of cigarettes, adding that that incident related to a count of child cruelty while another count accused her of injuring her either with a brush shaft or a shoe.

He told the court how Mary suffered from instances of bed wetting but that her stepmother "forced her to sleep on the wet sheets".

The lawyer said the child was eventually rescued by Social Services and placed into care in October 1980 and a medical examination revealed 20 bruises sustained while in the care of Briege Meehan.

The offences were committed while Meehan, was the then girlfriend of Martin Meehan while he was on remand in prison on IRA kidnapping charges for which he was eventually jailed for 12 years.

Mr Meehan, who died in 2007, was also the first person to be convicted of membership of the Provisional IRA.

His second wife, Briege, elected as Newtownabbey's first Sinn Féin councillor in 2001 and again in 2005 was suspended from the post after the allegations of abuse first surfaced in February 2009.

Defence QC Karen Quinlivan argued that whilst it was a serious matter, the level of physical abuse was "at the lower end of the scale" for which Meehan had been widely criticised in the media and her own community.

She said that Meehan had "expressed remorse" for the way she treated her stepdaughter but added that the care of all three children came about "quite abruptly" when Martin Meehan senior was put into jail and she was left filling the shoes of their mother who had tragically died from cancer.

In addition, claimed the lawyer, there was widespread disapproval from all side of hers and Martin Meehan's family over their relationship because she was married at the time.

Releasing Meehan on continuing bail, Judge Gordon Kerr QC said he would review all the papers in the case and pass sentence on Friday.
at 8:33 AM
Email ThisBlogThis!Share to TwitterShare to FacebookShare to Pinterest