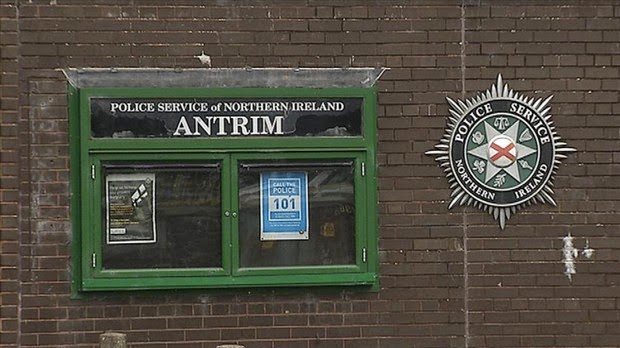 The trio - aged 20, 42 and 29 - were detained in the Cityside area of Derry on Thursday morning by officers from the PSNI's Serious Crime Branch.

A number of properties were searched and vehicles seized for forensic testing.

Police said it comes part of an operation targeting violent dissident republican terrorist activity and the three men will be questioned at Antrim Serious Crime Suite.

Both men were charged with belonging to a proscribed organisation, namely the IRA.

Kevin Heaney is further accused of receiving instruction and training in the making or use of improvised explosives devices, while Marks is accused of conspiring to cause an explosion.

They spoke only to confirm their names, dates of birth and that they understood the charges against them.

A detective sergeant told the court she could connect the pair to the charges.

Lawyers for both men said they would be applying for bail at a later date.

Approving applications for legal aid, the judge said neither of the accused "have any discernable resources".

Both men were arrested on Monday along with 44-year-old Joseph Pearce from Bessbrook, Co Armagh. On Wednesday he was remanded in custody on two counts of collecting information likely to be of use to terrorists.

Last month the police raided a house in Ardcarn Park in Newry, as part of a major investigation into dissident republican activity.

It emerged in court that the house had been bugged by MI5 for three months.

Eight men have already been charged with a range of terrorist offences based on this evidence. Five were released pending reports to the Public Prosecution Service.

As he was being taken to the cells, Marks waved and gave the thumbs up to two women in the public gallery.

The defendants were remanded in custody to appear again by videolink on 7 January.
at 12:57 PM
Email ThisBlogThis!Share to TwitterShare to FacebookShare to Pinterest