The 35-year-old victim of today’s gangland murder has been named locally as Gareth Hutch, a nephew of Gerry 'The Monk' Hutch. 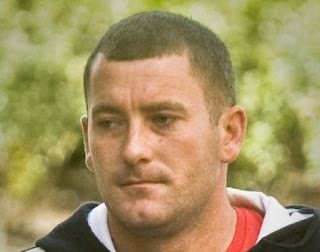 Gareth Hutch was previously cleared of attempted robbery charges related to an incident when criminal Gareth Molloy (27) was shot dead by a member of the Garda Emergency Response Unit (ERU) during a raid by a gang on a security van delivering cash to a supermarket in Lucan in May 2009.

The raiders were holding a sawn-off shotgun at a cash van worker’s head and demanding cash when gardai struck.

That busted cash-in-transit gang who have close links to the Hutch mob included convicted killer Derek ‘Del Boy’ Hutch (31) who was later given five years in jail for co-ordinating the botched cash van raid.

Another accused, Keith Murtagh (32) of Lower Sheriff Street, was jailed for eight years in July 2010. He was injured during the shootout with gardai in Lucan.

Murtagh has since been released and has survived two assassination attempts with the cartel including on Saturday morning in the Cherry Orchard area of Ballyfermot and last month in Sheriff Street when innocent victim Martin O’ Rourke (24) was shot in a case of mistaken identity.

Today Gareth Hutch was gunned down as he sat in a car outside the Avondale House Flats on North Cumberland Street in Dublin’s north inner city this morning.

The latest victim had been living at the Avondale House flats and the address was previously searched by gardaí as part of the investigation into the Regency Hotel shooting.

The victim was recently issued with a Garda Information Message warning him that his life was under threat.

Gardaí are investigating if a second man, also a relative of the Hutch family, was also injured in the attack.

The gunmen are reported to have fled the scene on foot after their getaway vehicle failed to start. They got into another vehicle nearby.

This is the eighth murder linked to the Hutch - Kinahan feud.

Witnesses described two gunmen leaving the scene, and that "three to six shots" were fired.

The scene is sealed off and a technical examination of the area is expected to take place.

Gardaí are appealing for anyone who was in the area of North Cumberland Street or may have information, to contact the Gardaí at Mountjoy Garda Station on 01 666 8600, the Garda Confidential Line 1 800 666 111 or any Garda Station.
at 10:51 AM
Email ThisBlogThis!Share to TwitterShare to FacebookShare to Pinterest