Sinn Fein Councillor Jonathan Dowdall was arrested as he tried to board a flight to Dubai earlier this week by officers investigating the murder of David Byrne. His home on Navan Road Dublin had been raided as Gardai searched for any evidence to link Dowdall with the attack on The Regency Hotel that left David Byrne dead. 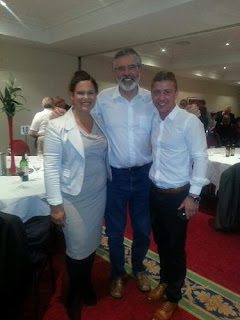 Dowdall is closely linked to senior members of Sinn Fein and his arrest will bring embarrassment to the already embattled Sinn Fein President Gerry Adams TD.

It is understood that Dowdall, who had just been served a Garda Information Message (GIM) that his life was under threat, had been under surveillance for months. 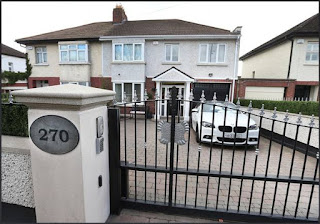 Johnathan Dowdall's House and BMW on The Navan Road Dublin

He is being quizzed about a weapons warehouse in north county Dublin where it is understood the guns used in the Regency Hotel attack were stored.

He is also being questioned about driving Gerry ‘the Monk’ Hutch around the country before the weapons were seized in Slane, in Co. Meath, last March.

The Irish Observer has learned that Dowdall quickly came to the attention of Gardai following The Regency murder as he was known to have the logistical network needed to support the Regency attack.