A prominent republican has been charged in connection with the stabbing of a woman in a Christmas Eve attack in Co Cavan.

Gardaí on Saturday charged the man, aged in his 50s, as part of an investigation into the incident which occurred at a house in Kilnaleck on Wednesday. 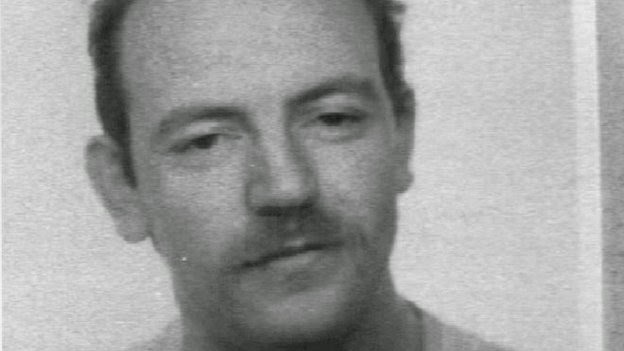 The man is due to appear before a special sitting of Cavan District Court Saturday evening at 5pm. The man was detained at Cavan Garda Station. He remains in custody.

The man, a father of two, received medical attention in the same hospital where his alleged victim was gravely ill. He had sustained a facial injury and required treatment for ongoing health problems.

After his questioning was suspended to allow him to sleep, a decision was made to transfer him to hospital for treatment, until he was deemed well enough to be taken back to the Garda station.

Gardai in Cavan are now continuing to question Garda McCabe killer Pearse McAuley about the brutal and horrific stabbing of a young mother of two children in Cavan on Christmas Eve. 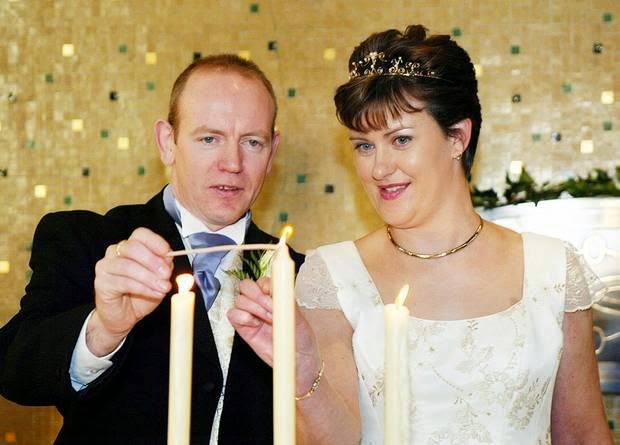 One of the IRA killers of Detective Garda Jerry McCabe is under armed guard in hospital as detectives wait to continue questioning him about a knife attack on his wife.

Pearse McAuley, who is in his late 40s, was arrested on Christmas Eve after his wife Pauline, a former Sinn Fein councillor, was stabbed multiple times at the couple's home in Killnaleck, Co Cavan.

Local sources said that Mrs McAuley suffered at least 12 serious stab wounds in an ordeal that lasted for three hours between 11.30am and 2.30pm on Wednesday.

Gardai believe that the horrific attack was witnessed by the couple's two sons, who are aged seven and four. Garda sources said the convicted killer was described as being "very drunk" on Christmas Eve.

It has been five years since he was released from Castlerea Prison, where he was serving a 14-year sentence for the manslaughter of Detective Garda McCabe in Adare, Co Limerick, in 1996.

Mrs McAuley, nee Tully, first met her husband when she was part of a Sinn Fein delegation who were meeting the garda killers in Castlerea. The couple got married in 2003 while McAuley was still in prison.

After being stabbed several times on Wednesday morning, Mrs McAuley managed to escape the house despite her injuries, and alerted another family member.

At that stage, as gardai were on their way to the incident, there were unconfirmed reports that another attempt was then made to attack Mrs McAuley.

Security sources revealed Mrs McAuley, who remained conscious, suffered two punctured lungs. At one stage her condition was described as "touch and go".

A source told said: "She was fighting for her life. She had been stabbed a number of times and the scene was extremely bloody."

The injured woman underwent emergency surgery for her injuries and was still being treated in intensive care where she was expected to undergo further surgery yesterday.

However, it is understood that her life is no longer in danger and she is expected to make a recovery.

Pearse McAuley, who served 10 years for the manslaughter of Det Garda McCabe, was arrested a short time later.

The scene at Kilnaleck was preserved pending a full garda technical examination.

A garda spokesperson confirmed on Christmas Eve that a suspect was being held at Cavan Garda Station under Section 4 of the Criminal Justice Act 1984.

Pearse McAuley's detention was suspended at midnight on Christmas Eve when he was brought to hospital for "underlying medical issues" that were not understood to be directly connected to the incident.

It is understood that he suffers from diabetes but also sustained a number of injuries, including a broken nose.

McAuley was under armed guard in Cavan General Hospital where his wife was being cared for last night.

Last year gardai were called to a Dublin hotel where Mrs McAuley had allegedly been assaulted by her husband in a room.

It is understood that another guest in the hotel heard the commotion and that he was assaulted when he tried to intervene.

The matter was reported to the gardai but they could not progress a criminal investigation because no official complaints were made by Mrs McAuley or the hotel guest who had come to her rescue.

Sinn Fein has refused to comment on the latest incident.

However, the party stood by McAuley during his long years in jail following the killing of Det Gda McCabe.

Sinn Fein leaders claimed that the killers' release had been included in the Good Friday Agreement.

And at the time of their release from Castlerea Prison, McAuley and Kevin Walsh were picked up by Sinn Fein TD Martin Ferris.

McAuley was still wanted in Britain but the Crown Prosecution Service decided not to pursue him.

Sinn Fein president Gerry Adams said that McAuley and Walsh, the leaders of the gang, had apologised for Det Gda McCabe's killing and should have been granted early release under the Good Friday Agreement.

"In a public statement some years ago the IRA members convicted in relation to Jerry McCabe's death and the wounding of Garda Ben O'Sullivan, expressed their deep regret and apologised for the 'hurt and grief we have caused to their families'," he said.

"I believe that this apology was genuine and it echoes the sentiments of republicans everywhere."