The arrests are understood to include husband and wife, Donna Maguire and Leonard 'Bap' Hardy, who served prison sentences in Holland and Germany for their parts in IRA attacks on the Continent in the late 1980s.

Hardy (54) and Maguire (57) are married with four children and live in the Mount Pleasant area of Dundalk. 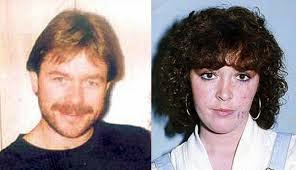 It is understood one of the other Irish nationals arrested in operations across Murcia, Alicante and Gran Canaria at the start of last week is a Co Antrim man who has been living in the north Louth area in recent years.

He was previously questioned over a major cigarette smuggling operation after gardai and customs stopped a lorry near Castlebellingham, Co Louth in September 2013. The lorry was found to contain cigarettes with a retail value put at €4.3m. Seven people were arrested but no one charged.

The haul was seized after the cigarettes were detected when Islamic terrorists fired a rocket at the cargo ship carrying the container along the Suez Canal in July 2013. The container was inspected when the ship docked in Rotterdam. It was logged as containing furniture for a non-existent company in Dundalk but found to contain boxes of cigarettes, which had originated in Indonesia. No charges were brought in relation to the seizure.

No details were available yesterday from Spanish police, but it is understood the arrests were made after a major investigation into smuggling and money laundering by the Spanish Policia Nacional.

It is understood Hardy and Maguire were arrested at an apartment in Malaga on Tuesday, she was later released without charge. The couple are receiving consular assistance, the Department of Foreign Affairs confirmed last week. His detention was extended on Wednesday by a judge in Malaga on the application of the Policia.

Hardy was one of around 100 former Provisional IRA 'on-the-run' members who received letters of comfort from the British Government as part of the cease-fire settlement, meaning he cannot be tried for offences prior to the 1998 Good Friday Agreement.

Last July, Hardy made a settlement of €280,000 with the Revenue Commissioners after appearing in the Central Criminal Court in Dublin for failing to make tax returns after an investigation by the Garda Criminal Assets Bureau. It was said in court he was "integral" to the Good Friday Agreement. His defence counsel told the court he has helped to maintain the agreement through "fragile periods".

Hardy received a six-year sentence in Germany in 2006, after admitting his role in a failed IRA bomb attack on a British Army barracks at Osnabruck in August 1989. He walked free because the offence happened before the Good Friday Agreement.

Donna Maguire received a nine-year sentence in Germany in 1995 after being found guilty of attempted murder and explosive offences over the same attack.

In the early 1990s, Donna Maguire was the subject of international press attention and was dubbed 'the angel of death' by British tabloid newspapers after her arrest and seizure of an IRA arms cache in Belgium in June 1990.

During 1989 and 1990, the IRA killed several people, including two Australian tourists, Stephen Melrose and Nick Spanos, apparently mistaken for off-duty British soldiers in Roermond, Holland in May 1990. The 1989 attack on the British barracks in Osnabruck was one of the largest ever mounted by the IRA and could have caused dozens of deaths if an estimated 300lbs of Semtex plastic explosive had not failed to detonate.

One of the most brutal murders by the IRA gang was that of 34-year-old service-man, Maheshkumar Islania, and his six-month-old daughter, Nivruti, who were shot dead at a petrol station near the German-Belgian border in October 1989. His wife, who was holding her daughter at the time, was uninjured but suffered severe shock.

In September 1989, the IRA gang also shot dead German civilian Heidi Hazell, the wife of a British soldier, as she sat in a car outside a British Army married quarters in Unna. A British Army Major, Michael Dillon-Lee (35), was shot dead in front of his wife, Rosalind, as they returned to their home in Dortmund

During their imprisonment in Germany, along with five other IRA members, Sinn Fein made several statements of support and called for their release. Following the murders of the Australian nationals, Stephen Melrose and Nick Spanos, shot dead in front of their partners during a weekend trip to Belgium, the Australian government imposed a ban on Gerry Adams visiting the country. Other Sinn Fein members have visited Australia since.
at 3:18 AM
Email ThisBlogThis!Share to TwitterShare to FacebookShare to Pinterest